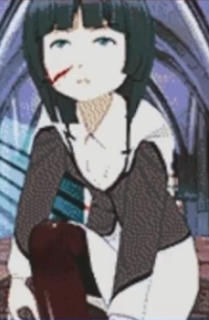 Kia was a participant in the Yandere Program, and the title character in The Other Yandere. She had a senpai, and her handler was Lilith. She was hunted down by the Rotschstein Institute when she started rebelling against them and tried to reveal their goals and methods, as well as details of the Yandere Program. Someone was able to take that information and sell it to Darius Guerrero, who created The Other Yandere for Sega Genesis on December 1999. Kia was killed by a 14-year-old Kara Gentner in 1999, some time before the creation of the game.
at March 27, 2019