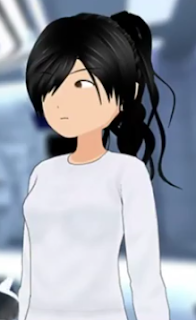 Lilith was an employee at the Rotschstein Institute, under the employ of Dr. Philip A. Rotschstein. She has worked at the Institute as early as 1999, and her employment continued until the TriNemesis attack on November 2018. She was Kia's handler before Kia was killed by Kara Gentner in 1999.

In 2014, after her brother encountered the TriNemesis in the mansion, she sponsored her niece Venice’s sorority to get Venice to send more unwitting human subjects to the mansion to examine the possibilities of consciousness transfer. At about this time, Jack Stone was employed by the Rotschstein Institute, so Lilith might have met him or at least heard of him during his brief employment. Since then, Lilith’s brother’s “brain tumor” was “cured” by the Institute and she had him live with her until he found a stable job (and a girlfriend). Lilith continued to lie to her brother about his “tumor” and the nature of the pills he was taking, hoping along with Dr. Rotschstein that he will be fit to pilot the TriNemesis and its weapon capabilities. On the day of the TriNemesis attack on November 2017, Lilith and Dr. Rotschstein were shot down by the TriNemesis, under the control of her brother/Kara.
at March 27, 2019