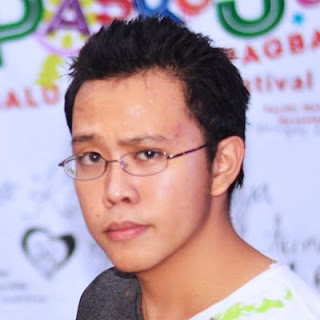 Darius Immanuel Guerrero is the founder of AppSir, Inc. He showed interest in game development as early as 1999, when he created his own website and posted game development updates there. The first game he worked on was DERE.EXE, which was a work in progress ever since he got the source code for SOURCE DERE from Lilith on June 6, 1999.

Darius’ activity in 1999 is documented on his old AppSir website and in a couple of videos from the time. By December 1999, Darius had created The Other Yandere, a very short visual novel intended for the Sega Genesis, though it was never released for the system.

At or around 2015, Darius met Daphne Ayala, and wanted to make a mobile phone game for her. Thus, the idea of AppSir was refounded and named AppSir Studio. In late 2016, he participated in the annual Eyesee Award contest, winning third place behind Jagger & Jones and Velvet, two prestigious design agencies. Around that time, he hired Jagger & Jones to help in the design of DERE EVIL.EXE, but when Trevor Jagger (connected with The Family and the Rotschstein Institute) modified the game's prototype for his own purposes, Darius distanced himself and his studio from the agency and the Institute, leading to animosity between AppSir and Jagger & Jones/the Institute.

In late 2017, Darius quit his job as Regional Training Manager for the Philippine government to release a game based on DE**.EXE (Source: Sep. 4, 2018 Twitter post by Darius Guerrero). Also, by November of that year, AppSir, Inc. had published Monument Rush 2 and had at least two office buildings in the Philippines.

Darius was affected by two tragic events in November 2017. First, one of his employees, Mia, was killed in a nearby park. Then, shortly after, the entire city was attacked by the TriNemesis and the AppSir building there was destroyed. It is likely that the Institute targeted AppSir in their attack because of the animosity created a year earlier. However, Darius’ corrupted disk copy of SOURCE DERE somehow survived the fire that engulfed the office building, and he resumed work on the game in another office.

Darius became aware of the consciousnesses of Myles and Yanna in DERE.EXE sometime before the game had its first official release on February 7, 2018. He also discovered Kara’s digital consciousness trapped in the game. Wanting revenge for Mia’s death and the city-wide devastation, Darius worked with Yanna to delete Kara.

Frustrated by all the bugs and glitches caused by Kara in DERE.EXE, Darius set to work on a new version of the game. On May 21, 2018, he submitted version 1.4 to the App Store, which got approved, but he got frustrated when he noticed that Yanna’s head was visible in level 1. He made a few quick fixes and submitted version 1.5 to the App Store immediately. It took more than eight days for the App Store to respond and approve this version, causing Darius to become angry at Yanna and Myles for tampering with his game.

At long last, DERE EVIL.EXE was released on July 3, 2018. Darius got frustrated, however, when Yanna continued to manipulate the game and AIDE began to become familiar with the player. Darius tried to convince the player that Yanna is keeping Myles captive and that the player is rescuing her. Both Yanna and Myles fight back against him, especially when he deletes AIDE If the player refuses to delete Yanna, Darius calls them, saying he will have his revenge.

The real Darius Guerrero has created a personal blog site that is not part of the AppSir canon: https://www.dariusguerrero.xyz.
at March 27, 2019