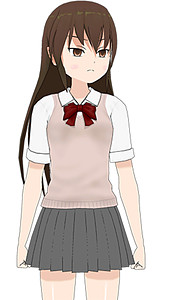 Venice was the niece of Lilith and Lilith’s brother, and the (arguably) the main antagonist of Sorority Rites. The identity of her parents is currently unknown. She was 19 years old, a straight-A student, and an aspiring athlete before her early death. She ran a sorority that required potential members to spend a whole night at a certain mansion before being admitted. She tells the other sorority sisters that the organization had decades of tradition, but it seems to be a front for Lilith’s experiments from the Rotschstein Institute. Lilith asks her to send people to the mansion to see if the same thing that happened to her brother would happen to them. This is why Venice persuaded or tricked Myles and Yanna to spend a night at the mansion. Before her death, it seems Venice was at least partially aware of the goals and intentions of the Institute and The Family.
at March 27, 2019