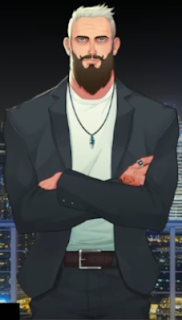 Trevor Jagger is a co-founder of Jagger & Jones, a prestigious design agency in New York City. He is involved in The Family, the same elitist organization connected with the Rotschstein Institute. When Darius approached Jagger & Jones in 2016 to help design DERE EVIL.EXE, Jagger found an opportunity to experiment with an immersive form of occult recruitment by modifying a prototype of Darius' game and distributing it to at least two of his young, promising employees. When Darius discovered what Jagger had done with his game, he distanced himself and his company from Jagger and the Rotschstein Institute. It is likely this animosity that led to the Institute's decision to target an AppSir, Inc. building during the TriNemesis attack in November 2017 (as seen in The Last Yandere).
at March 27, 2019