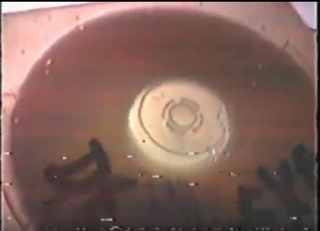 DERE SOURCE is the 1999 iteration of PROGENITOR DERE, which was originally launched in 1984 on arcade cabinets in only a handful of arcades in Manila, Philippines. These cabinets were soon recalled and destroyed, likely due to a nation-wide video game ban that was in effect from 1981 to 1986.

The disk containing the source code had missing letters, which is why it was fondly called DE**.EXE by Darius.

Lilith gave this game to Darius on June 6, 1999. As he copied the game and created his own version, Darius had a poll on his NeoCities website to determine the missing letters, which is why his versions of the game include the "DERE.EXE" title. By 2014, he had a working, cartoon-y prototype that he put on the internet for others to test. Myles Stone, and likely Yanna Curtis, played the game at the time. Several weeks later, both Myles and Yanna found themselves trapped in the game.

In 2014, Darius released an early version of this game through his company, AppSir, Inc.: DERE ALPHA. In 2018: two additional, improved iterations were published:  DERE.EXE in February and DERE EVIL.EXE in July. Both games were inhabited by the consciousnesses of three girls: Kara Gentner, Yanna Curtis, and Myles Stone.
at March 27, 2019